Valerie Storosh
Valerie Storosh
Archive > Drawings
The drawings chronicle a trip to explore my Eastern European and Ukrainian heritage and my visual interpretation of the Old World iconography I encountered. The simplicity of the compositional designs illustrates how the seemingly static solemnity of centuries-old churches, crosses, and general cityscape became powerfully present in my imagination.

The spare two-dimensional perspective draws the viewer's eye to the dynamic interplay between form, line and contrasting textures. These asymmetric compositions convey the innate spirituality of religious icons without any need to invoke their sacral, social or political back-story. The lack of spatial illusion centers the eye on the exaggerated almost primitivistic portrayal of the buildings.

The drawings are executed on Stonehenge paper with charcoal, graphite and alcohol mixed with powdered charcoal. Using the soft quality of the charcoal, I was able to create textures that make the inanimate buildings look more sensual and alive. The contrast of the surrounding black and white forms gives the massive images substance. 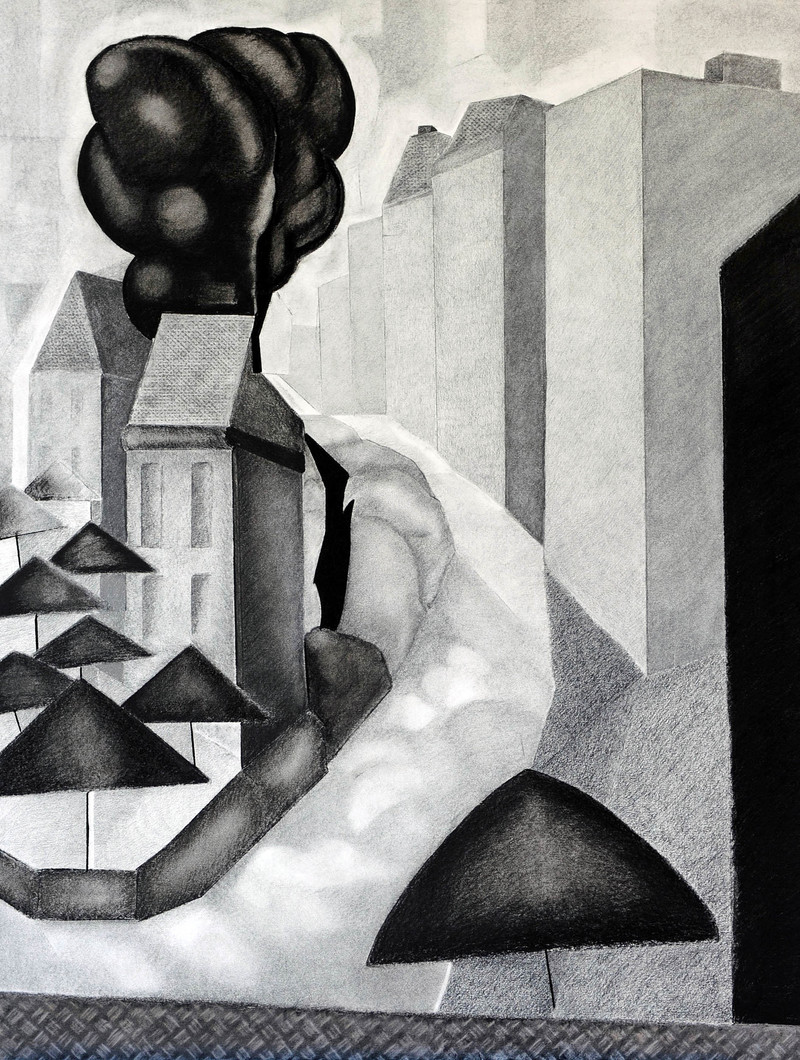 Mala Strana is a district in the city of Prague, Czech Republic, and one of its most historic regions. The name translated into English means "Little Side" derived from its position on the left (west) bank of the river Vlatva, on the slopes of the Prague Castle.
Drawings
Loading...